Company founder Matt Petter soon realized that greater control over the manufacturing process would result in a superior system, and together with his brother Doug Petter, transformed the company into a manufacturing operation to better respond to customer’s exact requirements.

Aircraft Cleaning and Deicing System (ACDS) was the first such system for the U.S. Army. Using the knowledge gained in building and successfully testing the ACDS, Riveer also developed a less complicated wash rack based on ACDS technology for the commercial market. Riveer’s first patent application for an above ground wash pad was the result of this commercial success.

During the years spent refining the military ACDS, Riveer developed many valuable technologies that were then applied to commercial designs. The first development that sprung from this refining process was a very significant one for the wash rack world. That advancement was the “one button” principal. After being told that new recruits assigned to washing equipment would not be receiving extensive training, Riveer developed an intuitive interface in the form of our GripStart™ technology, making equipment extremely easy to operate. This intuitive interface has since been incorporated into all wash rack technologies.

Riveer continues to focus on easy to operate systems that outperform competitive units. Since introducing the Cyclonator in 1997 Riveer sales have grown at an annual rate of 36%. This growth has also been driven by innovations such as the MudMaster™, BirdBath and Phosphater™. Growth is organic and internally financed, and a large segment of that growth is existing customers, who make up 34% of our new equipment orders. Servicing customers is an essential part of Riveer’s continued success.

During this period of rapid growth, Riveer has never lost sight of its mission to provide easy-to-operate, environmentally compliant washing, containment and filtration systems for military, industrial and commercial markets. Today, Riveer wash systems can be found throughout the world, keeping equipment clean, combating the never ending threat of corrosion, and helping to reclaim as much precious water as possible.

When it comes to wash rack technology to handle the toughest jobs… the solution is clear with Riveer. 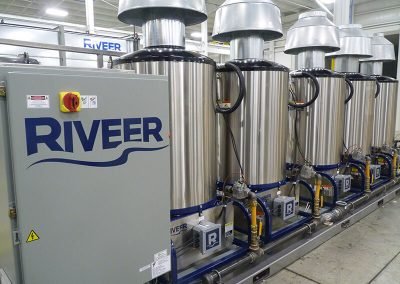 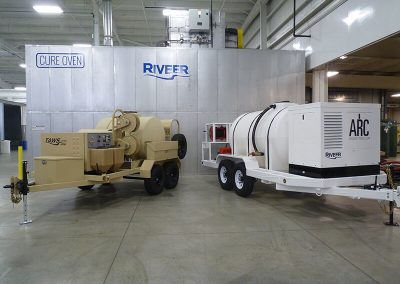 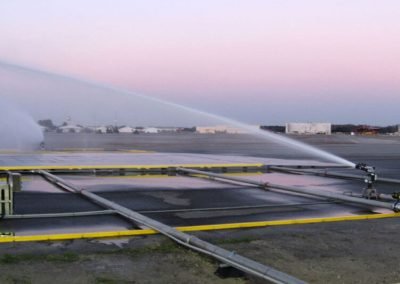